This is supposed to be a low calorie dessert. Not that I was counting calories but simply wanted a sweet treat.
Here's the recipe: 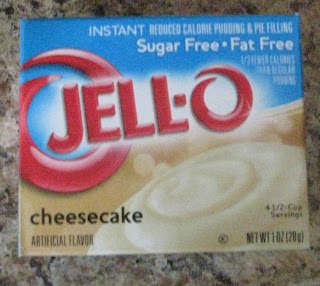 In a small bowl combine sugar and cinnamon.  Coat one side of each tortilla with nonstick cooking spray; sprinkle with cinnamon-sugar. Turn tortillas over; repeat on the other side. Cut each tortilla into four wedges.  For each dessert cup, place round eadge of one tortilla wedge in bottom of muffin cup, shaping sides to fit. Place a secong tortilla wedge in muffin cup allowing bottom and sides to overlap. Bake @ 350 degrees for 10 min. or until crisp and lightly browned.  Cool completely in pan.

For filling, beat cream cheese in a mixing bowl until smooth.  In another mixing bowl, beat milk and pudding mix on a low speed for 2 min.  Beat in cream cheese on low until smooth. Fold in whipped topping.  Cover and refrigerate for one hour.  Carefully remove cups from pan.  Pipe or spoon about 3 TBS filling into each cup.  Drizzle or pipe with melted chocolate.  Refrigerate for 5 minutes or until chocolate is set. Store in refrigerator.
Yield: 20 servings
Calories: 130
Fat: 4 gm
Carbs:19 gm 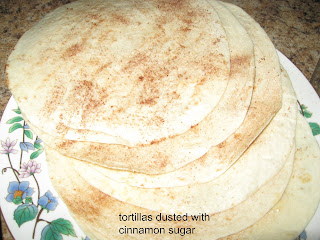 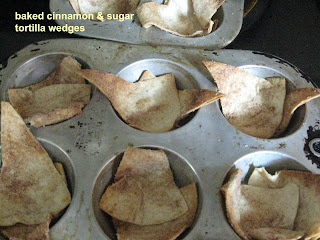 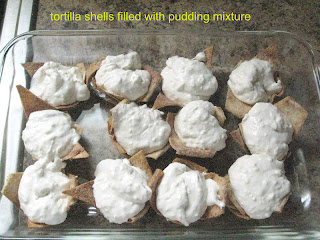 The dessert shells were tasty and satisfied my sweet tooth but not so great that I'd prepare it again. For all the time and effort spent it wasn't worth it.
THAT'S IT***
Posted by c-ing at 7:59 PM No comments: Links to this post

There were no judges but everyone was a winner. That had been predetermined at an earlier time. The event was held this past Wednesday, August 29th  at the Trussville Civic Center. Four groups from different senior centers were there to show off their line dancing skills.

Among them were the Fairfield Swinging Seniors. They took the stage clad in red long sleeved tee shirts, white slacks, white shoes and white gloves.  They danced to Michael Jackson's Don't Stop Till You Get Enough. Not sure if they planned it that way but August 29th  is the birth date of The King of Pop.
﻿
﻿﻿
﻿ Dressed in sleeveless sequined shells and draped with $ earrings and $ medallions the Movers and the Shakers didn't disappoint  dancing to Johnny Kemp's, Friday Night, Just Got Paid. Wearing jackets, positioned with their backs to the audience, two of the dancers threw off their jackets when the music began turned and threw money out into the audience. They were quite a hit with the audience as they performed their synchronization to the beat of the song.
﻿
﻿

Trussville's Best was right at home at their own civic center,  Their performance was precise as they danced to an upbeat arrangement  of  The Tennessee Waltz by Ireen Sheer. To this same music they were performing the Tennessee Waltz line dance. You can see an example of it by clicking the link above. After reviewing the dance I see now why one of the ladies was counting to herself the entire time. It wasn't out loud but I could see her mouth moving.   As most of these groups go there are usually very few men . This group had only one. He held his own and was a credit to the men.

﻿
Men In Black was what came to mind when Time Travelers took to the stage. Outfitted in black slacks, vests,white shirts, ties and sunglasses their dance routine was elaborate and well timed. Dancing to Pit Bull's rap of , Back In Time﻿ the dancer's kept their grave expressions in keeping with the Men In Black III theme. Pit Bull mentions in his rap the very outfits the dancers are wearing. Like most rappers his beats are  samples from other artists. I recognized the background music immediately as Peaches and Herb singing Love Is Strange done to a disco beat. The song has been done by other artists  but the one done by Peaches and Herb's  is most memorable to me.

After all of the presentations the audience was to vote on who they thought was best. As mentioned before the MC stated that all groups would be part of the Master's Games that will take place in October . As the votes were tallied dancers and audience were invited to line dance to a variety of music.