Sometimes some things are just irritating. Here are some of the latest ones ...for me.

People who borrow all the time
+

Businesses that don’t turn off their OPEN sign when they are closed.
+
People who cook out in front of their home.  What is it that you think you'll miss in the community? Or  is this an open invitation to everyone living around you to eat at your house?    I couldn't find a picture for what I really wanted to show.

Leaving lawn clippings in the street or blowing them into the street after cutting the grass.  There is not a grass fairy that removes the grass when you blow it in the street.

Why pay extra for organic food? You’ve still got to breathe. Last I heard there was no organic air.

People who think they’re being complimentary when they smilingly say, “ You look like you’ve lost weight.”   What they're really saying is, "You don't look as fat as you did the last time I saw you." People who stand over me talking while I’m eating.  There’s more than breath coming from your mouth and was that fish and raw onions you had for lunch? What’s that brown thing that  just landed in my vanilla ice cream?


Not cleaning up garbage after cans have  been turned over and leaving the garbage  there until it disintegrates, the paper reverts to pulp,  and bugs and animals consider the food scraps  an all-you-can-eat buffet.

Litter and the people who do it.

Musicians who use monotonous drum machines.

Paying $50 for a live concert and finding out the musician or singer uses high definition electronics to make them sound like they’re talented.

This isn't irritating but I've wondered:Is Tweety Bird transgendered? I can't tell if it's a male or female.

Do you save that to-go cup that had the delicious coffee  thinking that if you make coffee at home and put it in the same cup it’ll taste as good as that last cup?

I went up to the Leeds Library last week for the culmination of their summer reading program. Leeds is an easy ride for me. There's no freeway driving which I don't do anyway. The downtown area of Leeds has a Mayberryish feeling to it. Seeing Barney Fife and Floyd the barber would have cinched it. 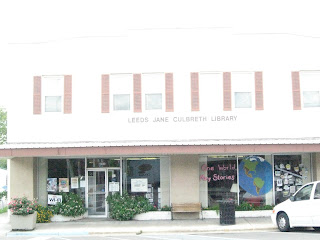 Here's the facade of the Leeds Jane Culbreth Library

The library has a historic, vintage feel to it. This is one section of the inside of the library. 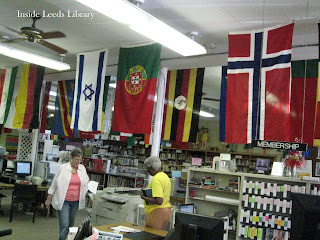 Since the summer reading theme was Novel Destinations, I'm assuming that is the reason for all of the flags from around the world. 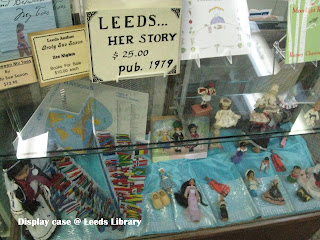 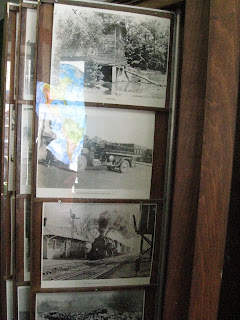 Display case and panels show and tell history of Leeds.
The featured artist for the end program was a Scottish bagpiper who's from Alabama. 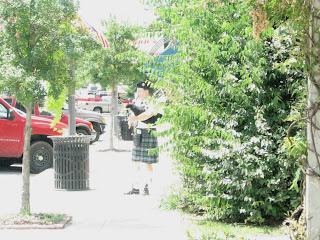 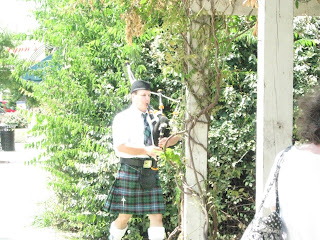 He began his presentation by walking a short distance up the street, playing his bagpipes as he strode to his performance destination underneath an arbor across the street from the library. 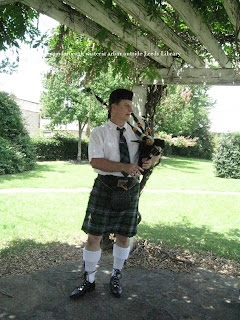 We were treated to three songs, one of them Amazing Grace. The performer also shared his vast knowledge of the bagpipes and the costume. He was very detailed with this information making it quite interesting. The attending librarian went back to the library to refresh everyone with Popsicles. I'm sure they were welcomed because the heat was sweltering. 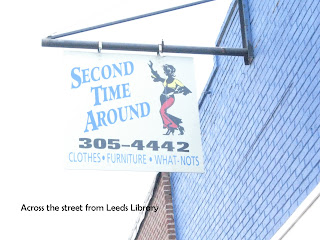 I didn't wait for a Popsicle but instead went across the street to Second Time Around. The sign said furniture and what-nots but I guess I missed the clothes because I don't remember seeing any. 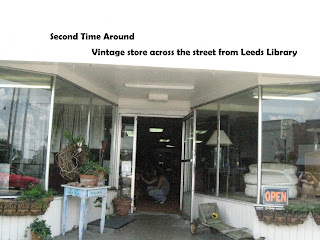 The proprietor Earnestine Mitchell was a friendly lady. Apparently she has a strong customer base also. I say this because there was a nice crowd in the shop and some of them must have done business with her in the past because their train of conversation was relaxed and easy going.

I spied these linen napkins and hand /tea towels. I was told by Ms. Earnestine that they were Irish linen. She had a huge box of them . Some were stained and some weren't. I'm assuming they came from some fancy restaurant that no longer needed them. 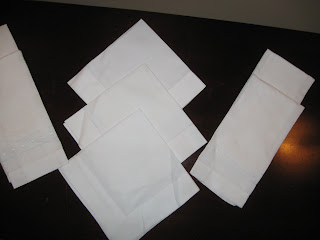 The napkins have faggoting around them and the towels have an embroidered design at the end. I was thinking that these could be recycled into altar linens for church. I asked to buy one of each because I wanted to show them to the altar guild person at church before throwing away money on something that would not be used. When I told her this she told me to take 12 of them on the house. I couldn't believe it. I asked, "Are you sure?"
She said, "Yes." What a nice lady. I thanked her profusely and I told her I'd let her know the outcome. How's that for small town hospitality and trust? 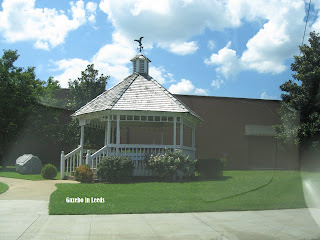 I thought this gazebo added to the small town charm of Leeds. 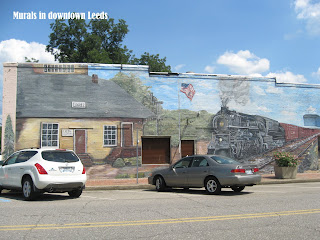